TV7 Israel is an officially recognized news gathering and production bureau in Jerusalem, recognized as an official news provider by the Israeli Government Press Office (GPO), and an Active Member of the Foreign Press Association (FPA). Under the guidance of Mr. Jonathan Hessen, who acts as the Editor in Chief and Lead Anchor of TV7 Israel News and Jerusalem Studio, TV7 Israel seeks to provide viewers with accurate information on the situation in Israel and the challenges it faces. Additionally, as a Christian broadcast, TV7 Israel seeks to encourage audiences to Pray for the Peace of Jerusalem (Psalm 122) and deepen their knowledge of current affairs.

TV7 Israel  is the Jerusalem branch of Heaven TV7, a Finnish-based Christian Television Network. It broadcasts on the regular cable networks in Finland and Estonia, as well as IP TV in Sweden and Russia. In addition, TV7 Israel provides several Christian networks in the United States, Romania, Indonesia and India with daily/weekly productions.  TV7 Israel also maintains an active presence on social media including YouTube, Facebook, Instagram and Twitter.

TV7 Israel News: A 12-minute Daily news segment focusing on worldwide policy-changing affairs, particularly the Middle East; which have direct or indirect implications on the peace of Jerusalem, Israel. (since 2009)

Jerusalem Studio: A bi-weekly 28-minute News Talk Show, featuring top experts including past and present government officials, senior officers from the Israeli military and intelligence agencies and the think tank and academic circles. The program seeks to provide viewers with an overall understanding of unfolding geostrategic events that impact the Middle East generally and Israel specifically. (since 2011)

TV7 Israel Editor’s Note: A weekly 28-minute talk show, Editor’s Note aspires to connect TV7 Israel with its viewers around the world – to learn firsthand about its faith-based mission, developments, future plans, challenges and ways of partnering with the ministry in Jerusalem. Editor’s Note also serves as a platform for TV7 Israel’ Editor in Chief Jonathan Hessen and Producer Yair Pinto to share what our Heavenly Father has placed on their hearts and to join the Jerusalem team in prayer for the day-to-day challenges, the peace of Jerusalem and salvation of Israel. ~ Psalm 122 (since 2020)

TV7 Israel Watchmen Talk:  A monthly 28-minute talk show, “I have set watchmen upon thy walls, O Jerusalem, [which] shall never hold their peace day nor night” (Isaiah 62:6)

They are the men and women who have stood guard over Israel. When their countrymen slept, these Watchmen could be counted on to fight for Israel and its capital, Jerusalem, on its numerous fronts. Now, one by one, they are coming to TV7’s Jerusalem studio for in-depth interviews by TV7 Analyst and Host Amir Oren, a veteran observer of the Israeli – and global – defense and government scenes. They will share their stories, insights and some revelations in a way sure to enlighten our audience who are encouraged to keep these topics in prayer. (since 2020)

Jerusalem Prays: A monthly 28-minute talk show that calls on the body of Christ from around the world to join in prayer for each other, in accordance with Matthew 18:19-20 “Again I say to you that if two of you agree on earth concerning anything that they ask, it will be done for them by My Father in heaven. For where two or three are gathered together in My name, I am there in the midst of them.” (NKJV)

Those who wish can send prayer requests in the following ways:

Facebook Messenger to TV7 Israel News. https://www.facebook.com/tv7israelnews Email to israelnews@tv7.fi Videos that are sent should be up to 20 seconds in duration. Please be sure to mention your first name and country of residence. 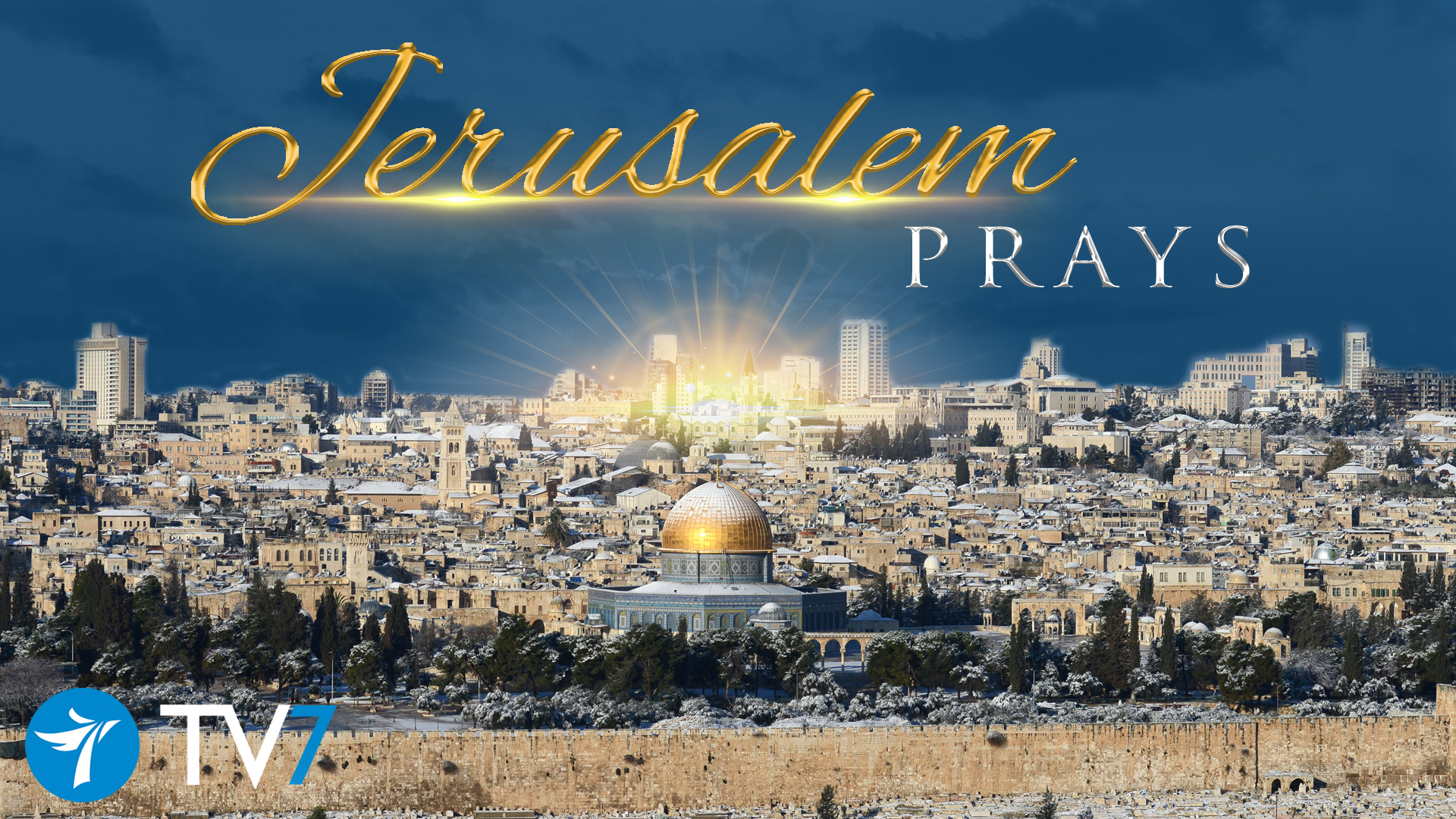 “I will set My glory among the nations; all the nations shall see My judgment which I have executed, and My hand which I have laid on them. So the house of Israel shall know that I am the Lord their God from that day forward.” Ezekiel 39; 21-22 (NKJV) 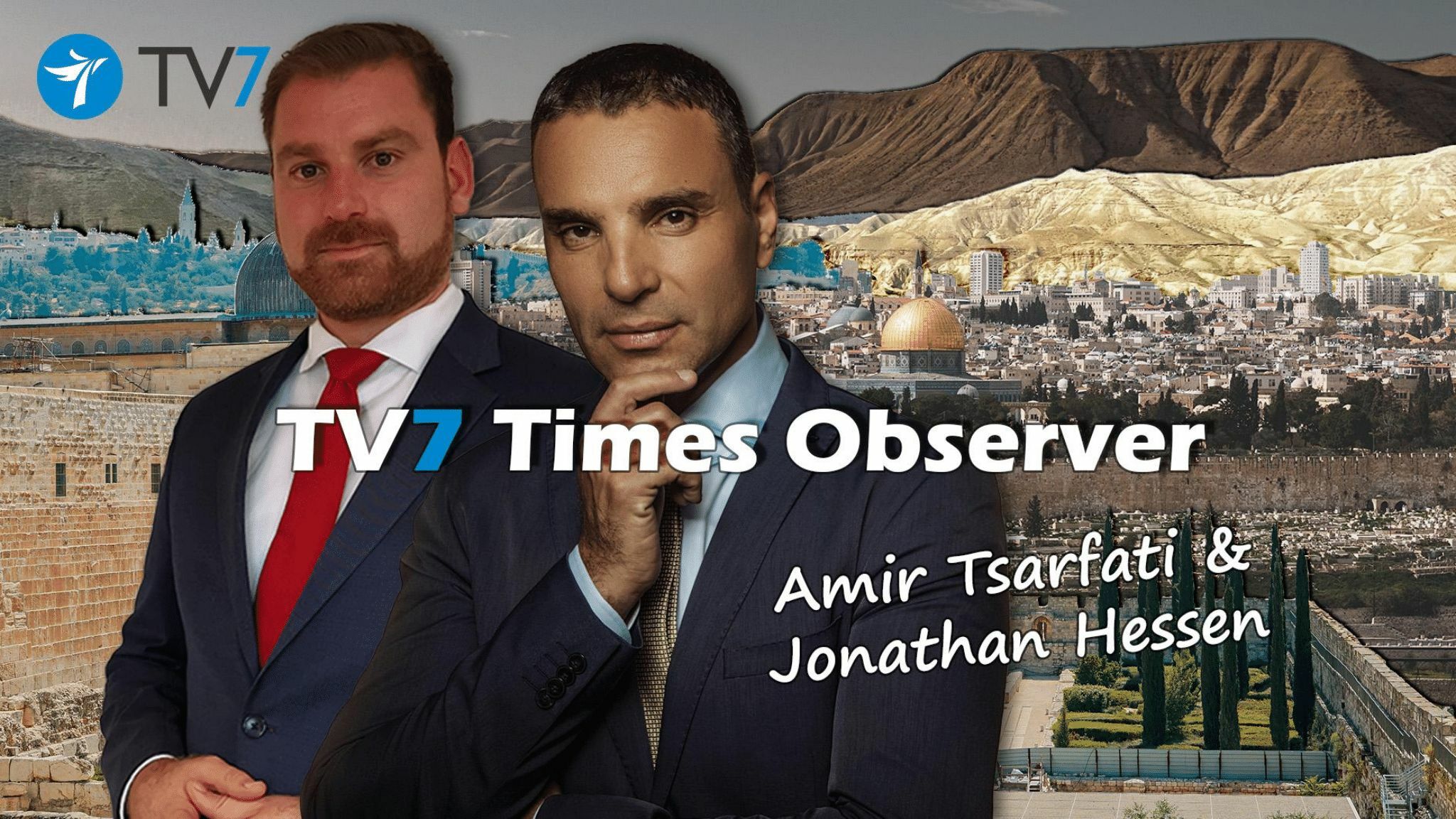 My Brother’s Keeper: A monthly 28-minute talk show co-hosted by Michael Kerem who interviews guests from around the world to discuss the persecution of Christians across the Middle East and North Africa, as a means to enlighten and urge our viewers to pray for their suffering brothers and sisters.

“strengthening the souls of the disciples, exhorting them to continue in the faith, and saying, “We must through many tribulations enter the kingdom of God.” Acts 14.22 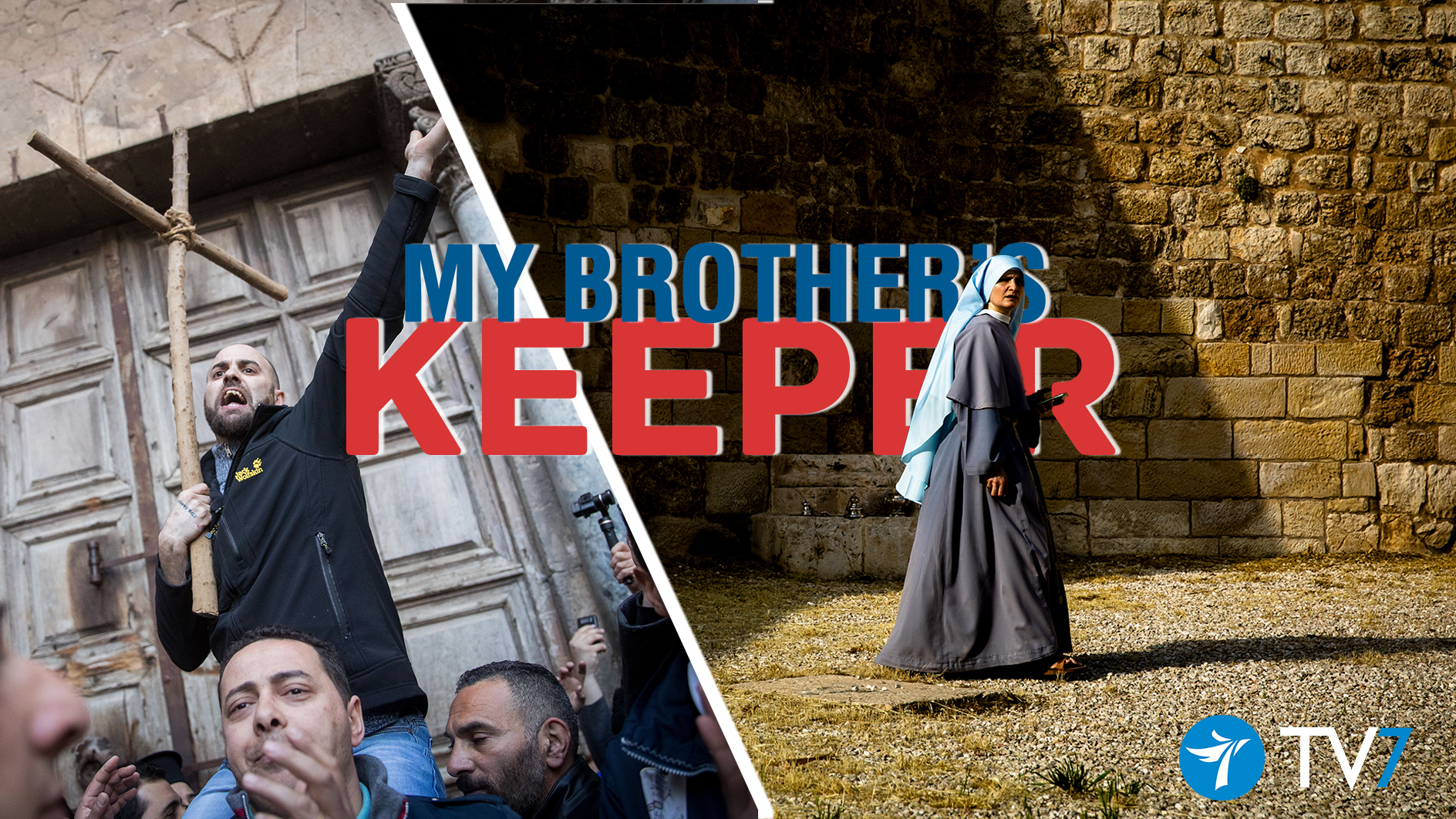 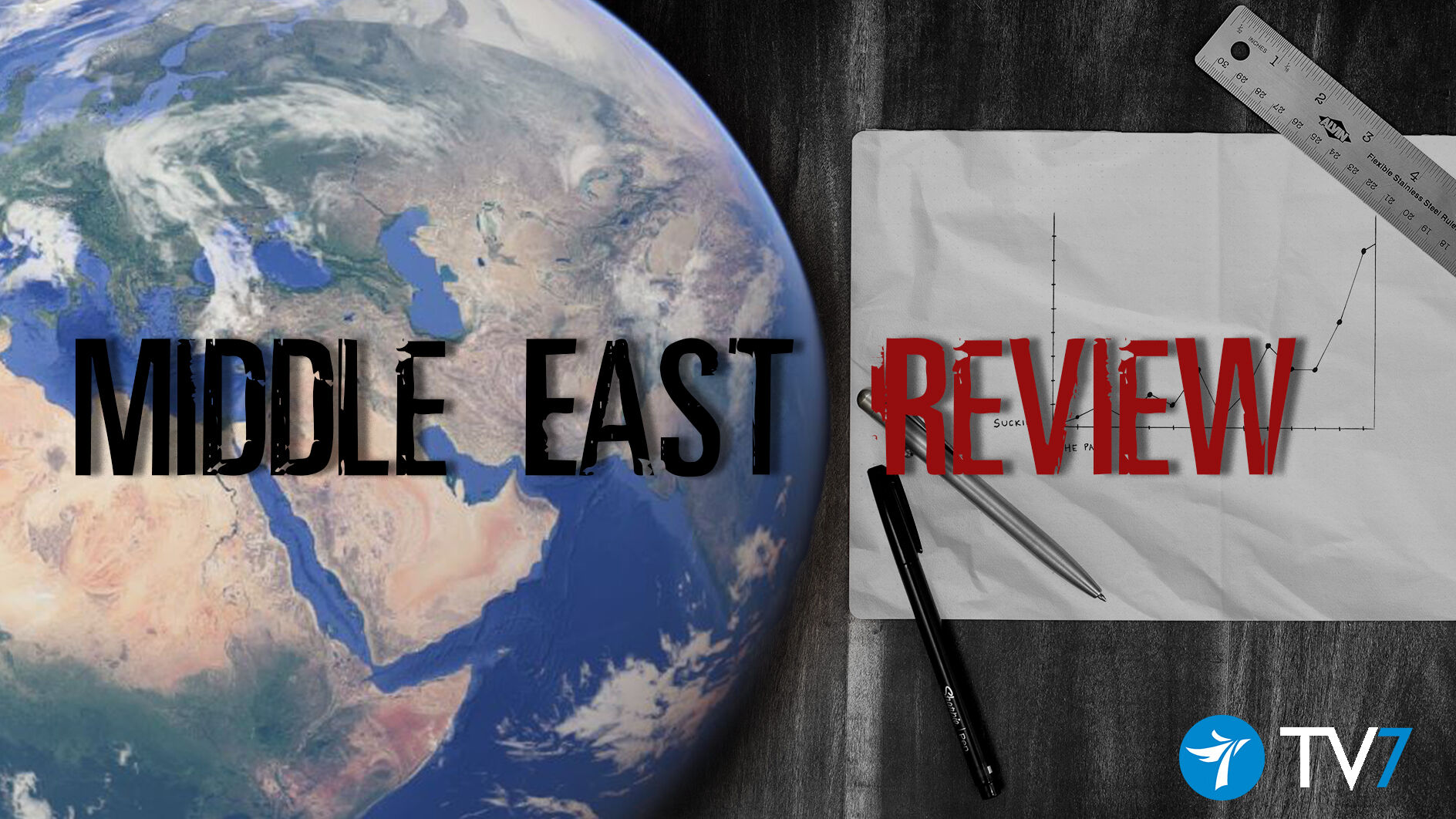 TV7 Europa Stands: A monthly 58-minute program recorded at the TV7 studio in Helsinki. The purpose of this program is to bring current and former top security, intelligence and diplomatic officials together from major European powers in a format to facilitate discussion and evaluation of challenges and opportunities facing leaders and populations on the continent. 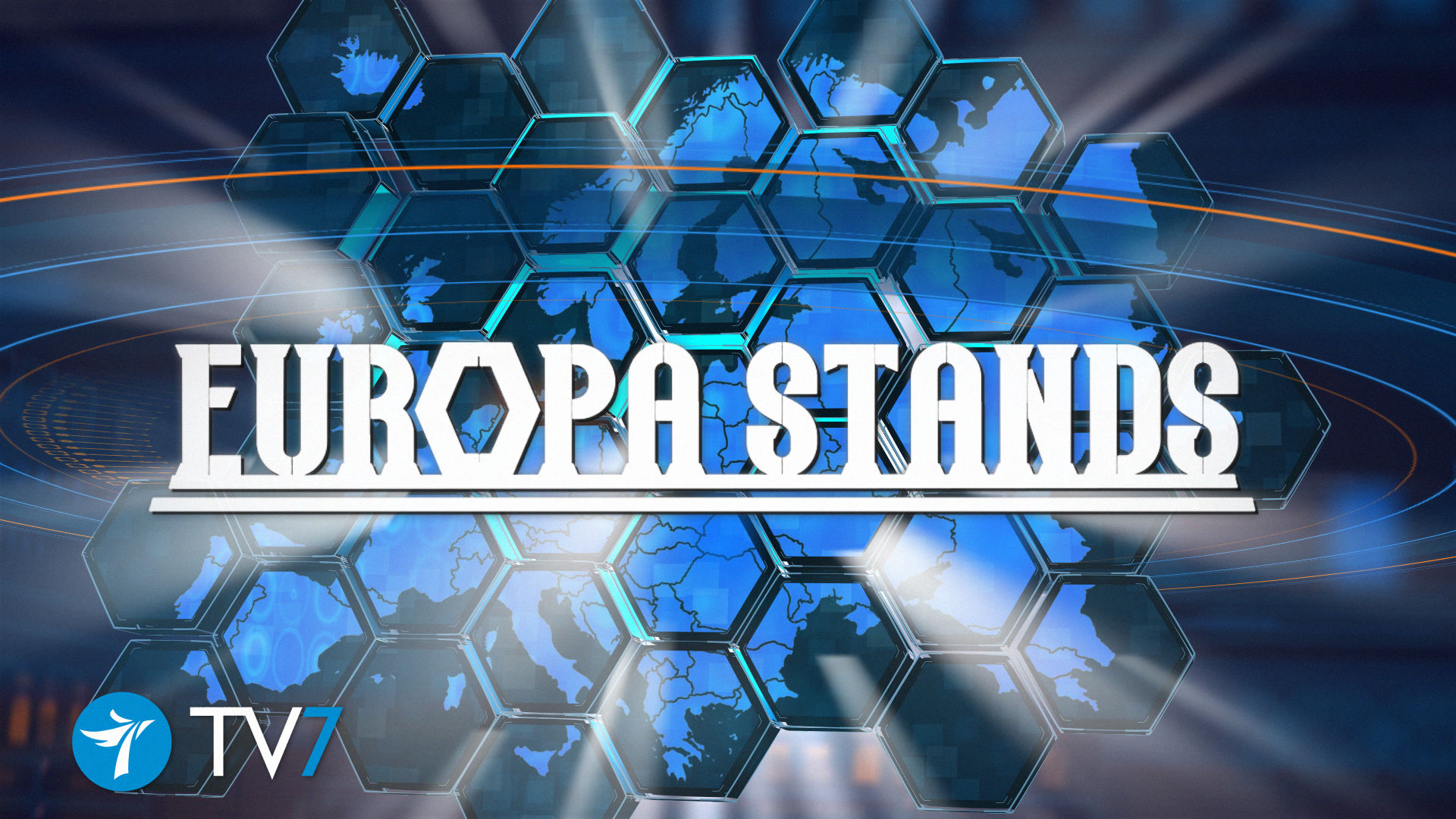 TV7 Powers in Play: A monthly 42-minute program dedicated to analyzing the interplay by Great Powers and resulting global ramifications. Our panel of experts will provide viewers with more comprehensive views of how every move by today’s “strategic leaders” impacts the world, the Middle East, and Israel. 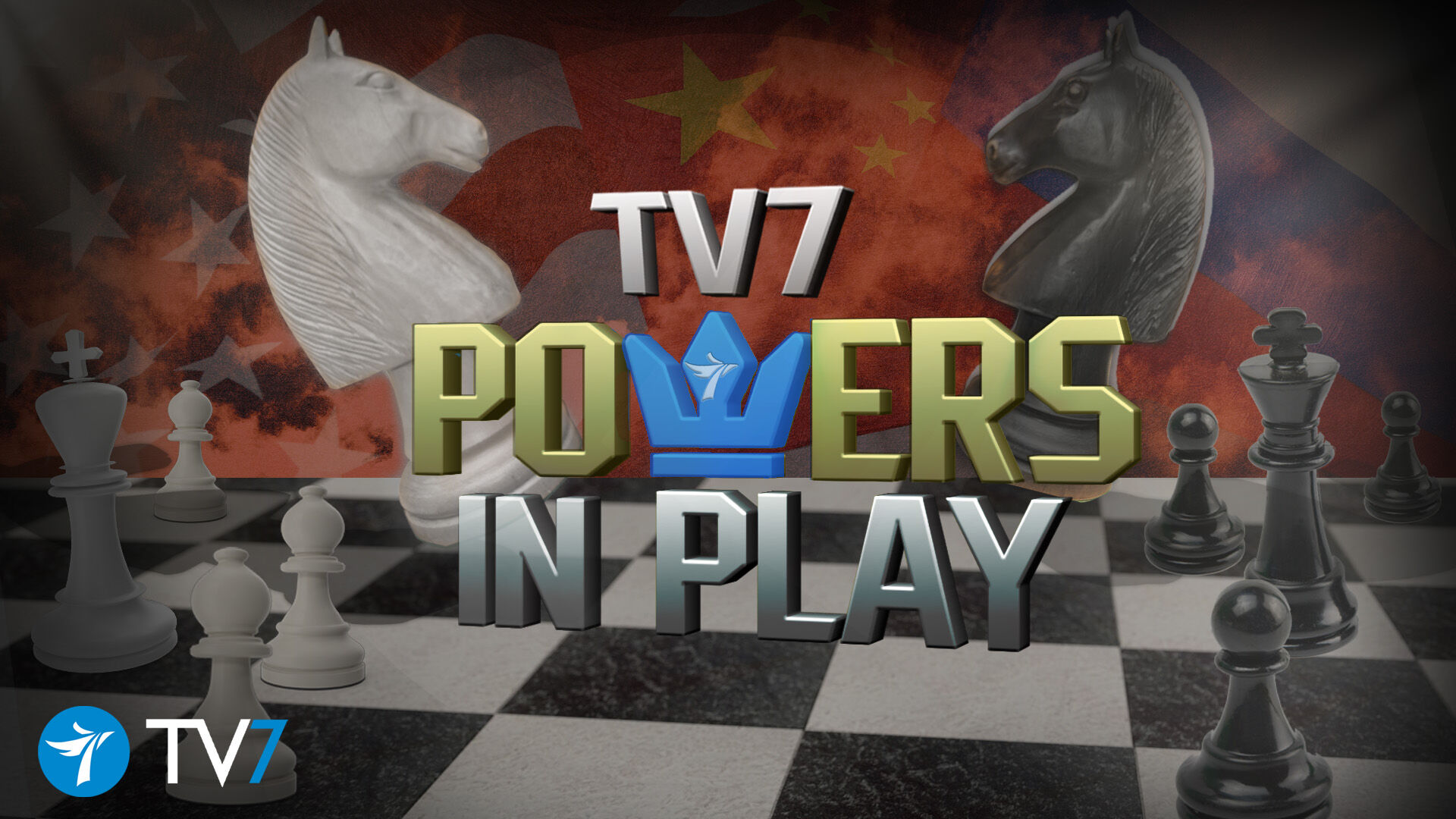 TV7 Israel is headed by its Chief Executive Officer and Editor in Chief, Mr. Jonathan Hessen, who serves the Ministry together with his wife, Mrs. Ma’ayan Hessen. A Jerusalem-born Christian with a strong family background within the sectors of Israel’s domestic media and government, Mr. Hessen is an accomplished writer and entrepreneur. As an IDF (combat) veteran with a background in strategic research and government, Mr. Hessen chose to use his experience for the purpose of serving the Body of Christ around the world, to educate and encourage active research regarding events that impact Israel’s peace and security. Mr. Hessen’s aim: “To provide Christians with the required knowledge of how to pray for the peace of Jerusalem (Psalm 122).”

Mr. Martti Ojares, a born-again Christian, Finnish business executive, communications consultant and media influencer served as the Executive Vice President of Sanoma Group 1990 – 2002. Since his retirement, Mr. Ojares and his wife Mirja co-founded Heaven TV7, a Christian Helsinki-headquartered cable network that is broadcast in Finland, Estonia, Sweden and Russia.
As Chairman of the TV7 Israel Board of Directors, Mr. Ojares offers the organization’s CEO and Editor-in-Chief Mr. Jonathan Hessen with regular council vis-à-vis production-related development, as well as spiritual guidance. Mr. Ojares supervises all macro aspects of TV7 Israel’s operations including oversight of all spending; subsequently providing accountability to guarantee a transparent use of the production’s (donation-based) finances.

“Pray for the peace of Jerusalem: May those who love you be secure. May there be peace within your walls and security within your citadels.” (Psalm 122: 6-7) 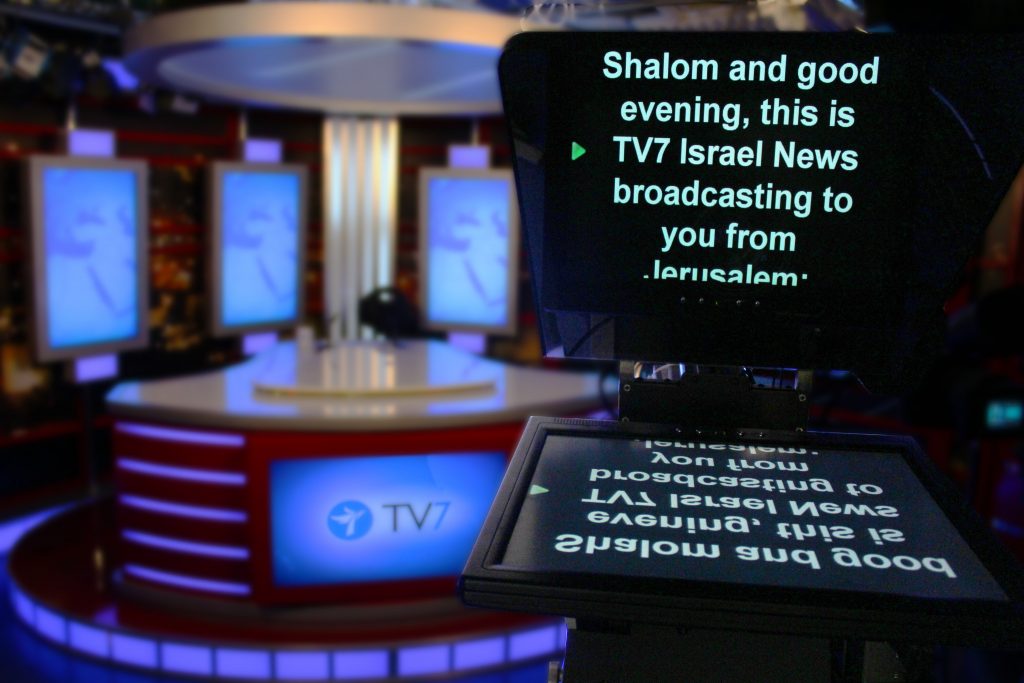