US Ambassador to Israel David Friedman declared that the state of Israel occupies only two percent of the West Bank and that Israeli settlements on what the international community defines as disputed territories, are part of the Jewish state proper. The American diplomat further stated that there are important security considerations to those Jewish settlements, which have important nationalistic, historical and religious significance attached to them, while pointing to the fact that the Jewish settlers of those settlements view themselves as Israelis and Israel in-turn views the settlers as Israelis as well, which clearly establishes a permanent reality on the ground. That said, Ambassador Friedman – who earlier this month referred to Israel’s occupation of Palestinian territories as “alleged” – refrained from answering when asked if settlements would be removed in a final peace agreement with the Palestinians. 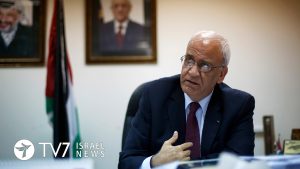 Meanwhile, the statements by Ambassador Friedman angered the Palestinian leadership, declaring the American diplomat as “delusional.” Chief Palestinian Negotiator Saeb Erekat released a statement, calling Friedman’s comments “false and misleading.” Erekat further warned in his statement that “such positions undermine ongoing efforts toward achieving a just and lasting peace between Israel and Palestine,” based on 1967 borders.

Erekat’s statement was echoed by other top Palestinian officials, with Palestinian President Mahmoud Abbas’ aide Nabil Shaath, accusing the ambassador of displaying “absolute ignorance of facts of law and of the position of the United States.”

It is important to note that the Palestinians, along with most of the international community including Washington, view Israel’s West Bank settlements as illegal and an obstacle to peace. Israel, on the other hand, disputes the claim of illegal conduct, emphasizing that the fate of the Jewish settlements, which are located on Jewish biblical lands, must be resolved through direct negotiations with the Palestinians.